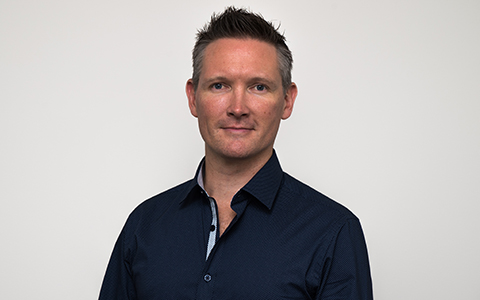 After spending his early years in Queensland, David moved with his family to Melbourne in 1991. Towards the end of high school, and while representing Victoria playing volleyball, David suffered an injury that ultimately led him to see a chiropractor. Not only did it speed up his recovery, it addressed some other health concerns and opened David’s eyes to the way the body works. Inspired, David went on to study Chiropractic at RMIT Bundoora, graduating in 2003 with the double degree, BAppSc(ClinSc)/BChiroSc. He is registered with the Australian Health Practitioners Regulation Agency (AHPRA) and is a full member of the Chiropractors' Association of Australia (CAA).

Along with learning many different techniques at various seminars over the years, David has also completed numerous post-graduate courses in paediatric chiropractic care. He has particular interest in injury rehabilitation and management, and he also enjoys assisting patients in overcoming chronic pain and posture problems due to workplace ergonomics.

After more than 13 years honing these clinical skills in a number of practices around Melbourne, and a few more while working in Ireland, David and his wife Alicia (an osteopath) finally took the plunge into running their own business in early 2016. They took over the Brunswick Chiropractic Clinic when it was only open 3 days a week, and have continually strived to improve both the services provided as well as with the look and feel of the practice.

When he’s not working, David has a deep love of travel, history, nature, photography, architecture and good food. He still plays State League volleyball, having represented Victoria in both the indoor and beach versions of the sport. He has also previously played Aussie Rules, tennis and cricket, he still loves to swim, and will watch almost any sport at the top level.